Toto “If You Belong To Me” 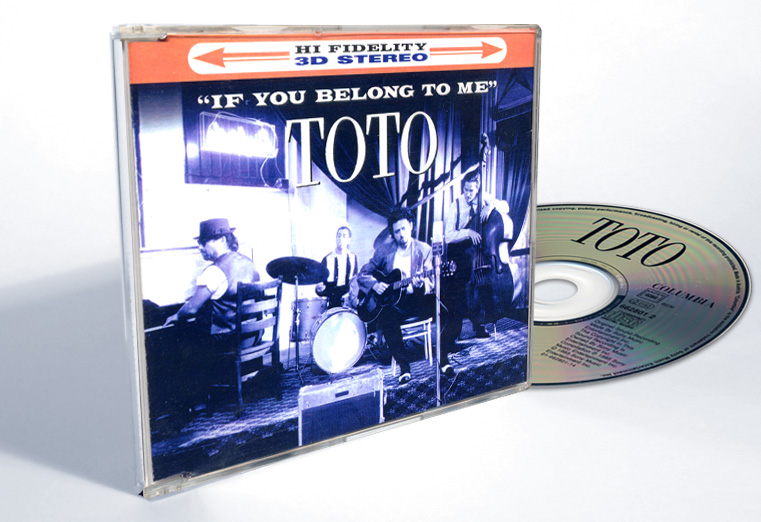 In 1995, Sony Music International, in association with Toto‘s representation  Fitzgerald-Hartley, issued a powerful comeback campaign directive for the band; the first result was “Tambu“… Inspired by the band’s fascination in invented word-hybrid… “Something which could mean something brand new unto itself,” a cross between “taboo” and  tamboe, a percussion instrument favored by bandmember Simon Phillips.

Toto “If You Belong To Me” – CD-s release – Design & Art Direction by Eric Scott (Day For Night), Creative Direction by Doug Brown