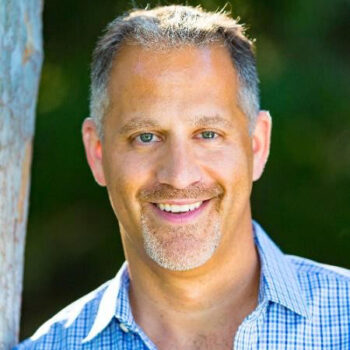 Eric worked on my rebranding for my .com site. His creative instincts were invaluable to achieve a site that is representative of my needs. Eric’s keen sense of understanding the way to execute a digital presence provided for an easy and insightful end product I am proud to have represent my company. He is a great listener and processes the elements that are critical to moving the ball forward on the field. He understand the creative process but ensures that it’s completed with the clients’ needs in mind.” 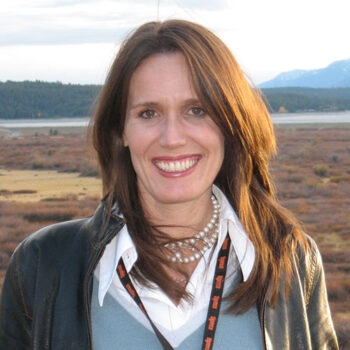 I’ve worked with Eric Scott on numerous creative projects over the past 15 years ranging from printed catalogs at BBC Worldwide to website development and print advertising in the software industry, to our most recent project involving a brand strategy for the ATLAS Experiment at CERN. I highly recommend contacting Eric if you need an ace player on your team and a true collaborator. Eric is an original which is rare and his work reflects this. Just look at the breadth of his portfolio. His ideas are fresh, witty and thoughtful. I also find him to be reasonable, reliable and highly ethical. Eric talents extend way beyond creative media development and production. He is capable of making a significant contribution to any project by providing valuable insight both from a creative and commercial perspective based on his extensive knowledge and experience. You will find yourself laughing and enjoying the hard work of creating something brilliant because Eric has amazing sense of humor and sharp wit. He will always remain my go to creative director and trusted friend.” 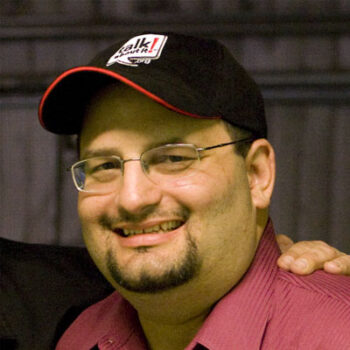 Co-Founder and Creator of The ‘Talk About It!’ Company (TalkAboutIt.org)
August 14, 2011, Kenneth was Eric’s client

I have had the pleasure of working with Eric Scott on video production and, primarily, on TalkAboutIt.org. Eric came recommended highly because of his work on J.J. Abrams projects, including title sequence design for ‘Felicity’ and Web site development for ‘ALIAS.’ Eric and I immediately bonded on the goals for TalkAboutIt.org. The site would unite celebrity presence with key messages about raising awareness and ending stigma around epilepsy. Eric may have been hired as a consultant, but he has become a true partner in what we are creating at TalkAboutIt.org. He has great passion for creativity, and it is clear to me every day how he puts his heart into his work. I can count on Eric as a strategic partner, a creative partner, and most importantly, I can now count on him as a friend. Anyone looking for an expert consultant with drive, integrity, creativity and passion to take a project not just to the next level — but many many levels higher, should definitely look up Eric Scott at Day For Night.” 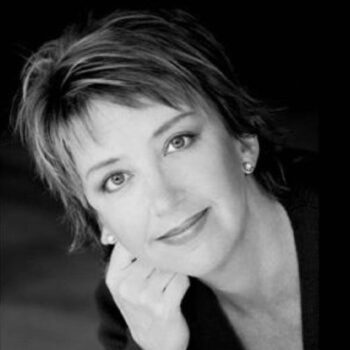 Music Director/Teacher at All In One Music Studio
May 30, 2009, Melissa was Eric’s client

Eric has good artistic and marketing instincts, is a highly creative, knowledgeable, cutting-edge, solution-oriented man who pays great attention to detail and listens attentively. I would also recommend him as a most reasonable, trustworthy, caring, sharp, quick-witted person who enhances any creative endeavor or project.” 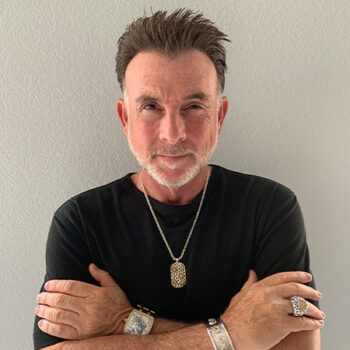 Artisan at Steve Soffa Enterprises
May 21, 2013, Steve was Eric’s client

I have been working with Eric for several years with regards to web and creative development as well as positioning my brand through the proper channels. Eric takes the time to understand my business model and the most effective ways to market my brand using strategies that are results driven (i.e social media, creative marketing, web strategy and development and getting the most out of my data base). Eric does excellent work and pays attention to detail. I enjoy working with Eric and highly recommend him.” 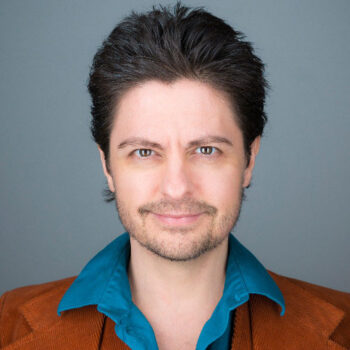 Eric Scott is a passionately creative, wildly ecclectic, meticulously organised genius. Be smart and enjoy talking with him about music (of almost any genre), about unique forms of online entertainment (ask about Alias), about creative processes (delve into his massive online monograph), or about creative work and organisation in digital environments (his mastery is unparalleled). He rocks.” 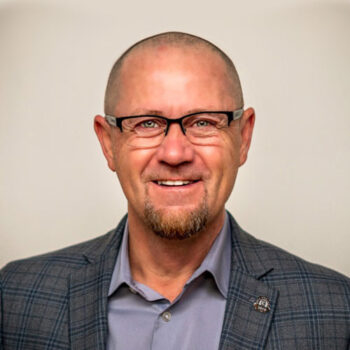 While my experience in working with Eric was brief, it was memorable. Creative and intelligent are word thrown around so much that they seem to have lost their power, but few people have impressed me as much as Eric did with his unique outlook and approach to design.” 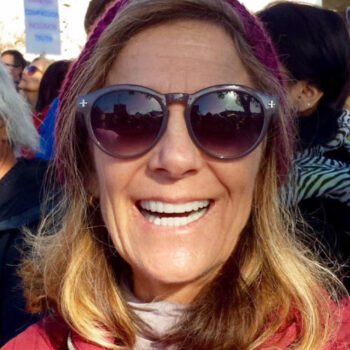 Independent Writing and Editing Professional
May 16, 2013, Eric was senior to Wendy but didn’t manage Wendy directly

Eric Scott is an absolute joy to work with in so many ways. I collaborated with Eric in my capacity as assistant to fine artist Andy Lakey. Eric’s professionalism and creativity were lifesavers in an occasional high stress environment.

Eric deftly handled multiple types of people, both colleagues and clients, in a diplomatic and supportive manner. This quality produced results and moved projects forward, meeting deadlines and expectations of others. He was always willing to help the less tech-savvy (me!) with questions, giving clear, concise direction, without even a hint of condescension. I learned so much from my interaction with him.

Eric’s creative touch produced breathtakingly beautiful results. It was always like opening wonderful gifts when Eric created a video or revamped an ever-changing website. His work was absolutely stunning, achieving a great balance between artistic sensibilities and business acumen.

Eric Scott created a sane counterbalance to the “sporadic insanity” of working in an artist’s world.” 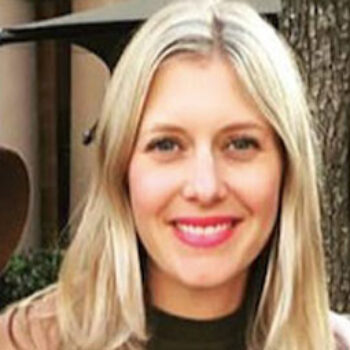 It has been an absolute pleasure to work with Eric Scott and entrust Day for Night with several of my most highly valued client projects over the past eight years. I commend Eric for his unparalleled level of professionalism, creativity, efficiency and consideration of budgets, no matter how challenging the timeline or unique the request. Eric is a brilliant designer, artist, strategist, programmer and architect of ideas. He dives into each project head first and tackles even the most challenging hurdles with grace and a creative, solution-oriented approach… thinking above and beyond what the project requires and sharing his vast knowledge along the way.” 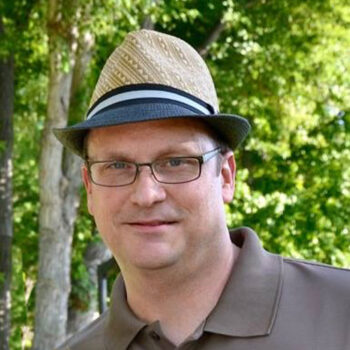 Creative Director at Institutional Cash Distributors (ICD)
October 22, 2005, Brian worked with Eric but they were at different companies

I’ve worked with Eric on several projects over the last 8-9 years. His organization and detail skills are unsurpassed, but it’s his passion for creativity that is his greatest asset. He strives on each project to create something that is both original and ideal to the job at hand. Not only does he know where each nut and bolt goes, he knows why.”

Eric brings his Euro-American background and sensibilities into all of his work, which gives an added enhanced flavor to anything he does. He is one of the most world-rounded and grounded artists that I know.

The excellence of the music experience didn’t surprise me at all when I heard Eric Scott DJ-ing under the guise of Salvador Dalek. It seems that he should be on the radio instead of a dark chandelier lit club with deep velvet curtains of the “Tripnotic Downtempo Lounge” A.K.A. “The Room” in Santa Monica. The dim lights sparkle on the glass of the whisky bottles as his music pulses along in time. Eric mixes in his own compositions, remixes and productions, coupled with some of his favorite composers and it was a pitch-perfect happening. Articulated and well thought-out, his music library is full of interesting and nuanced gems that he has collected over decades; his musical vocabulary is intoxicating and his enthusiasm contagious when he speaks about his passion for this music — its history, artists and their work.

Eric brings a cinematic, rhythmic approach to Salvador Dalek, and like all great musical shows, being there is half the fun.”

Technical Lead / Senior Web Developer
November 14, 2005, Marco worked with Eric but they were at different companies

Eric possesses a rare combination of creativity, professionalism and true concern for clients’ interests. I have worked with Eric on several projects over the years, from the exciting to the mundane, and he has always brought the same dedication, organization and creativity to each. I continue consulting with Eric on a regular basis and do not hesitate to recommend him.”

Controller
April 6, 2009, J.C. worked with Eric but on different teams

Eric was a pleasure to work with at Naczinski & Associates, and we were lucky to have him. He worked late into the evening along with his team, because it was a situation where a talented design team had been put in place, and then was expected to keep the excellent work churning out no matter how many jobs were piled on. And they did churn out that excellent work, without complaint!”

Eric has consistently made an impact on the web development, e-commerce and branding projects we have collaborated on by bringing a high quality mix of creative talent and business skill. Part graphic designer & multimedia expert, part musician, part entrepreneur, Eric is a valuable resource whether you are just starting your business or looking for ways to innovate. Always professional, easy to work with and up on the latest online trends, it’s a pleasure to have Eric on a project team.”

I worked with Eric on a project for our client, Panasonic, and was very impressed by his creativity, interactive knowledge, and his professionalism. A great guy to work with. He understood the urgency of getting the project done quickly and he rose to the challenge brilliantly.”