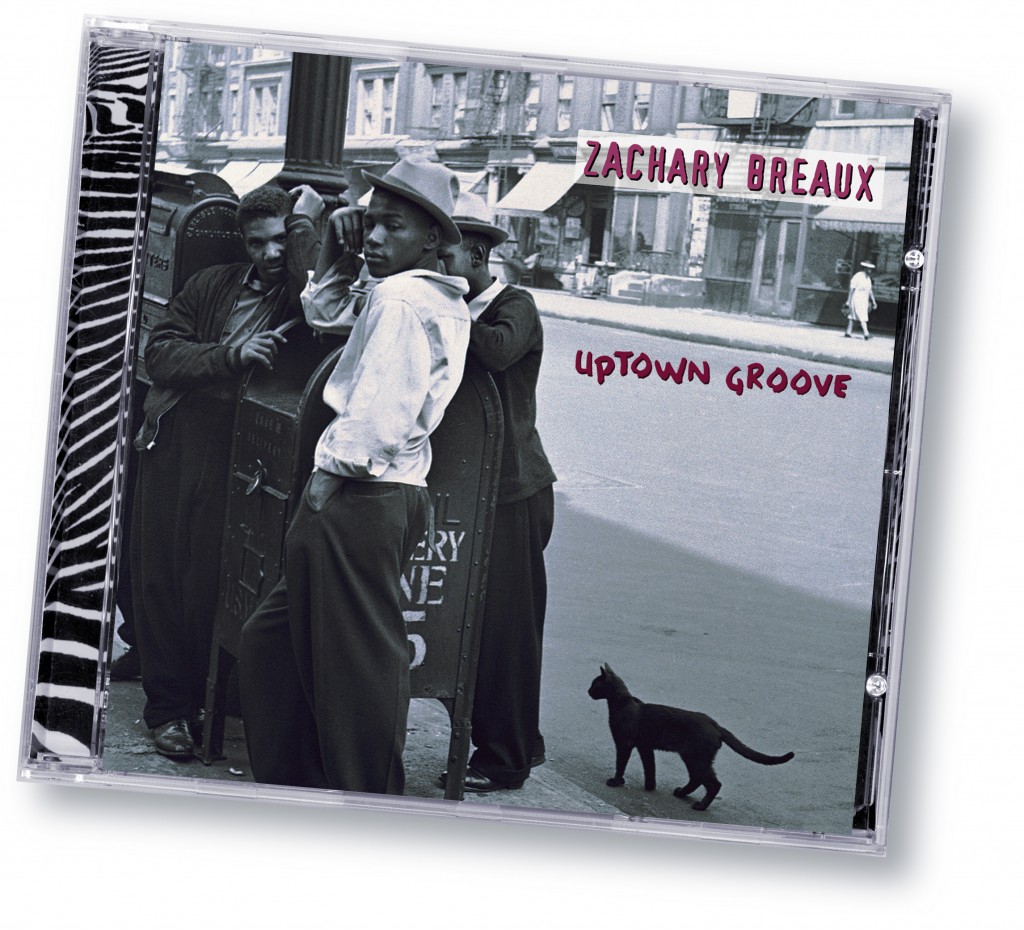 Influenced by George Benson and Wes Montgomery, Zachary Breaux was a flexible guitarist who could handle soul-jazz, post-bop and hard bop as well as more commercial pop-jazz and NAC music. Though the jazzman only recorded a handful of albums – including 1992’s Groovin’ and 1994’s Laidback, both on NYC, and Uptown Groove on Zebra – he kept busy as a sideman in the 1980s and 1990s and backed such major artists as Stanley Turrentine, Jack McDuff, Donald Byrd, Lonnie Liston Smith and Dee Dee Bridgewater. It was in 1984 that he met vibist/singer Roy Ayers, who he played with extensively. Signed to Zebra in 1996, Breaux seemed to have a bright future ahead of him, but tragically, the guitarist was only in his 30s when he died in Miami on February 27, 1997. (Source: Alex Henderson | AllMusic.com)

Zebra Records, the brainchild of label owner Ricky Schultz, brought a new label re-launch campaign to the attention of Eric Scott was at the time working full-time as art director. The creative brief included updating the label’s brand and designing a unifying look for all the releases with an emphasis upon fine art imagery, for this and its subsidiary label, Zebra Acoustic.