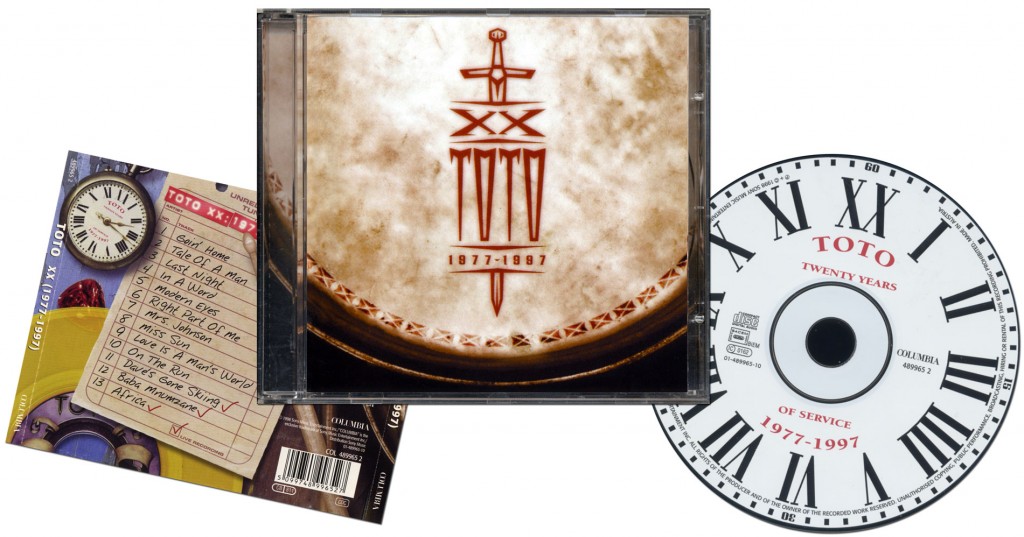 In 1997, the successful “Tambu” campaign and tour were followed in 1997 by a collection of the Toto’s archival “XX”. This collection of unreleased, rare and live tracks from the band’s career necessitated the journey through a vault of photographs, recordings and collectibles, in search of the perfect career snapshot to satisfy both fans and collectors alike.

To create the dream-collage shown in the album art, many “new” historical artifacts were devised, as micro-cassettes, 8-tracks and tchotchkeys appeared for the first time ever, by use of Photoshop, and by the good graces and creative license this project had to offer.

So don’t go looking on eBay for a Kingdom Of Desire London Tour Bus anywhere… you probably won’t find it.

This work was produced in collaboration with Doug Brown of WorldWest Communications, with Brian Peterson (Roam Creative) and logo illustrator Magdy Rizk.